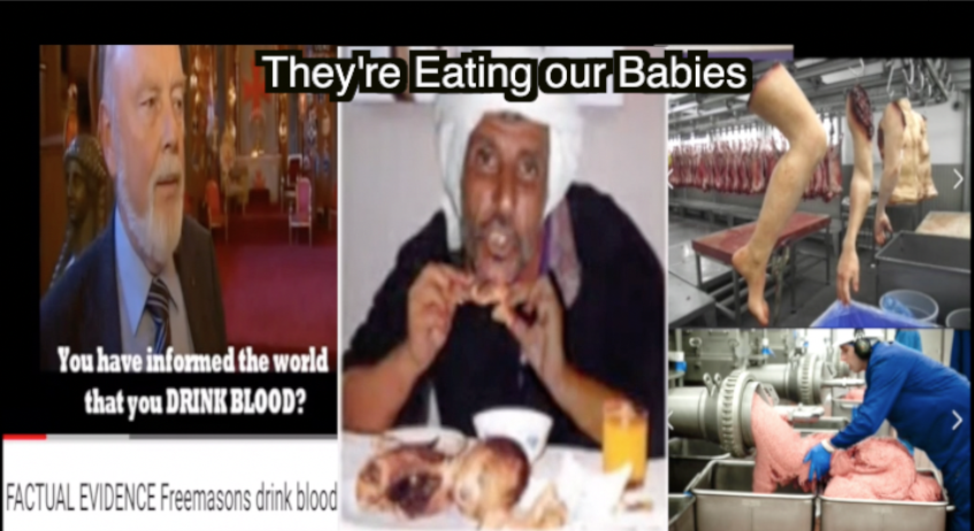 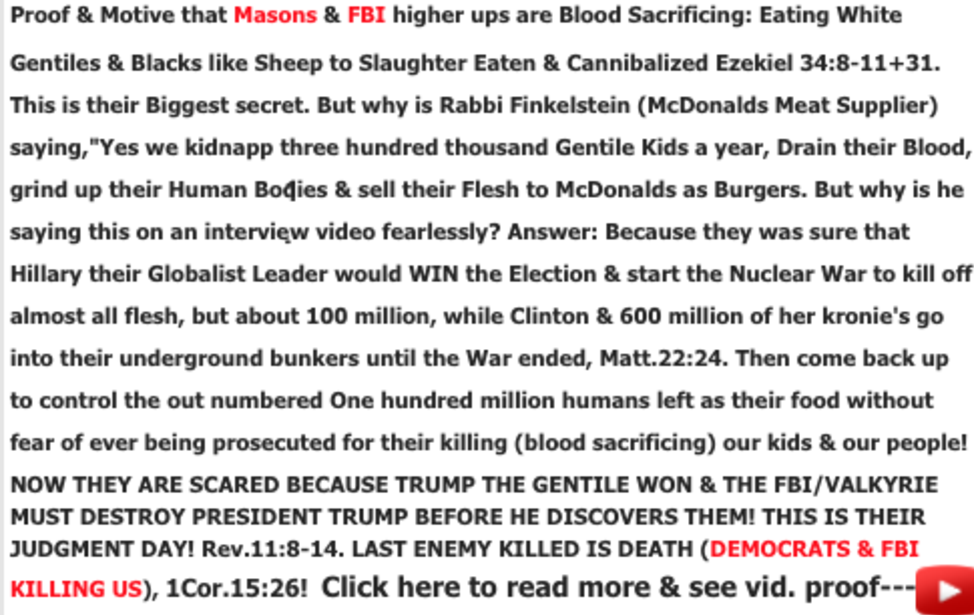 But you ask why do they Eat Human Flesh ?

Vitamin D from the Direct Sunlight needed to live. Because Sun light blisters

their White Skin. So they decided through King Nimrod son of Canaan to Eat

our Flesh, Organs & Blood to get Vitamin D. Remember Nimrod was the first

Washintonians/Men in Black, Google this. They're the Secret Society that was

exposed by the GOP on TV. Who's job is to keep hidden the proof & motive

that the Mason Democrats are Blood thirsty Demons, Criminals & Treasonous

because Cannon on his Death Bed said to his People White Cannanites,

found out & then ran to Babylon, Then Persia, Greece, Italy, France & all

Scotland as the Slavs & Asians Wherein they became called the Scotish

Right Masons but had to run again, this time they ran into the Americas & call

themselves Incas (the White Canaanites known as Slavs but totally different

from the White Gentiles) & Aztecs the Red Skinned Ishmaelites known as

Asians). And when the Conquistadors found out that they were eating the

Mayans The Incas & Aztecs ran to America & called themselves the Cherokee

us while were 7 Billion strong we would totally destroy​ them, Deut.7:Ch. So

now its us or them. There are no more places on Earth to run or hide, so the

trying to get Hillary back in office to finish the Destruction of us before Pres.

& then prosecutes them. This why they are investigating & trying to get rid

Washingtonians. In the Vampire Movie Twilight They are Valkarie protectors

of their biggest secret of Cannibalizing & Blood Sacrificing, Ye Shall know the

truth & the truth shall make you free John 8:32. The sons of Perdition The

out of The way. 2Thess. 2:1-7 The media is sending a strong delusion to make

us believe a lie. 2Thess.2:11 the brethren Black & White Must unite or where

Edomites & Homosexuals because everybody can be Saved.Rev.18:Ch. Rev.7:

9-13. Here are the Scriptures that prove that they're killing, Eating, Cannibalizing

They are Eating Our Women

Video, pictures and video proof of how they're eating us!