BLACKS FOR TRUMP founder Maurice Symonette/Michael the Black Man was found innocent in YAHWEH Case after witnesses admitted they we're lying to get a good Deal from the Gov. So after being questioned by YAHWEH Atty. Congressman Alcee Hastings who caught Rosier lying about seeing an incident Sept.17.1983 but could not have seen this because Atty. Hastings proved that he was in Jail between Feb.1983 until Jan.1984 in Jacksonville Fla. at the time of of the made up incident in that never happened in Miami! google this! 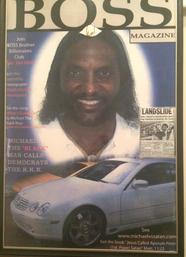